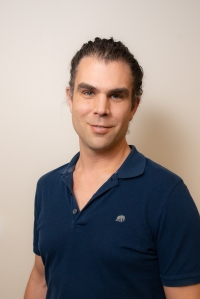 Dan Gehret graduated from the US Career Institute’s Massage Therapy Program in Fort Meyers, Colorado, in 2017, and the Pittsburgh School of Massage Therapy in 2018.
Over the years, Dan has developed a varied mix of bodywork techniques and modalities to use with his clients, and is able to pull from several strategies in order to facilitate healing in his clients. Dan first became interested in bodywork when he began using Trigger Point Therapy to combat his own chronic pain. He then began to work with others and realized he gained a deep satisfaction in helping them. Through his journey of education and practice in the realms of physical therapy, psychology, and nursing, Dan realized his commitment to help others through massage and bodywork.
Today, Dan continues to pursue his passion for body-centered healing by receiving advanced training to benefit his clients. He focuses his time on bodywork with a commitment only an experienced healer, who previously suffered, could have. Dan works with a no-client-left-behind attitude.